Our first “Come ‘n Try Soft-Tip Darts” event. Where next?

No Bull Darts made their first public appearance on Friday night when they held a ‘Come n Try Soft-Tip Darts’ event at the Mitcham RSL in Adelaide’s south.

Thanks to Trip’s DIY dartboard stand, the team was able to set-up a Gran Board 3s in the hall of the RSL for anyone to come along and have a throw. A computer monitor (and later an iPad) were both used as display screens for the app.

A handful of interested RSL drinkers filtered through for a throw, making a range of comments about the darts, the lights, the lack of maths required, and most of all the price. We told two people the board cost “three-ninety” and they both thought we meant $3,090. Hopefully that means they were impressed.

Have a look at the video below which was taken during the concluding stages of a 501 doubles game. With master-out selected, there was more than a few busts before Bandit was able to nail a double 2 for the win.

Our first public appearance as #NoBullDarts! We took the #GranBoard on the road using Trip’s homemade stand and showed it off at the Mitcham RSL on Friday night. When we said the boards cost ‘three-ninety’, two people thought we must have meant $3,090! I think that means they were impressed. #GranBoard3s #adelaide #radelaide #dartsaustralia #darts #darts🎯 #softtipdarts #grandarts

Anyway, the point of this article is we’d like to do more ‘Come n Try Soft Tip Darts’ events in the future, so if you’ve got a venue that will already have some potential Gran Board 3s owners there (like your work place, or a social club), get in touch with us and we’ll see if we can make it happen.

And hey, even if we don’t sell any Gran Boards, we’d still have a great time meeting new people, showing off the boards, and having a throw. 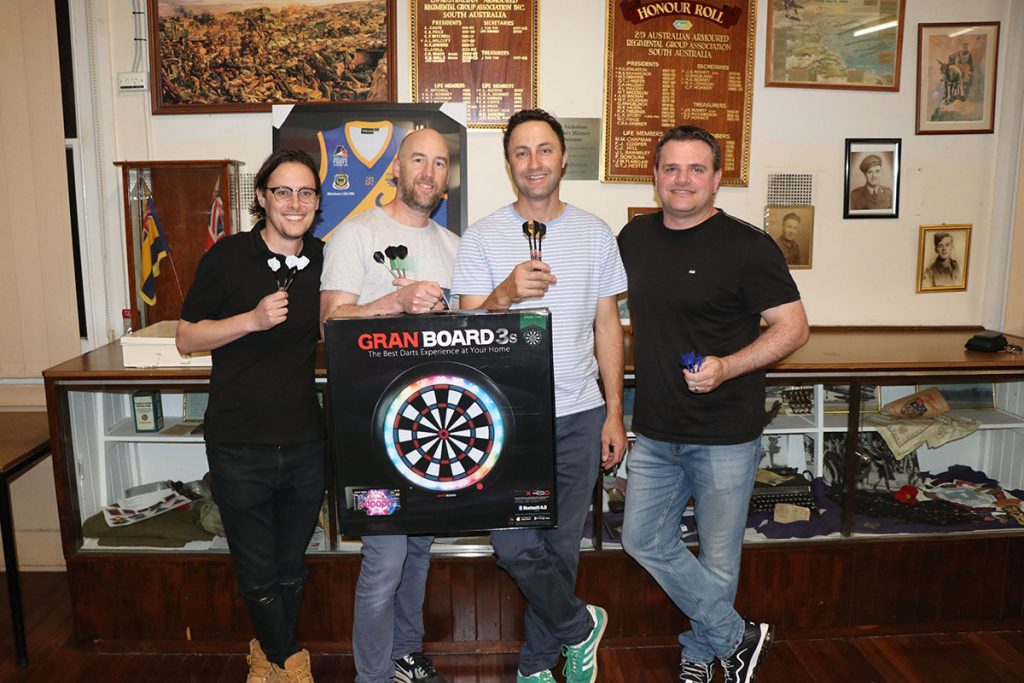 No Bull Darts team at the Mitcham RSL

Bandit throwing, The Rattler laughing at the Mitcham RSL.

Bandit from No Bull Darts has redeemed himself from a controversial disqualification earlier in the year by taking out the BC-division of Stage 2 of the SA Cup at iDarts Adelaide during June. After the Read more…