I often enjoy my solo darts practice games more than I enjoy playing darts competitively so I thought I’d share my darts practice ideas (as well as all my best scores) – for Gran Board users and steel-tip players.

For me, the key to positive and enjoyable darts practice that generates real pressure moments is record keeping. I have one simple Word document in which I keep all my scores in the big range of darts practice games that I play (detailed below). I record the month and year next to each score so I can see trends as to whether I am improving or not. I always check my best scores so it really puts the pressure on when I have the opportunity to set a new personal best.

I have my laptop near my throw line so I can walk over and type in the document while I am throwing as I would never remember the scores if I had to record it all later. It would be easy enough to record on your phone too, I just started on my laptop so I’ve kept that going.

The Gran Board app has a range of practice games – many of which are quite good – and many of them record your all-time best score in the Play Data section. 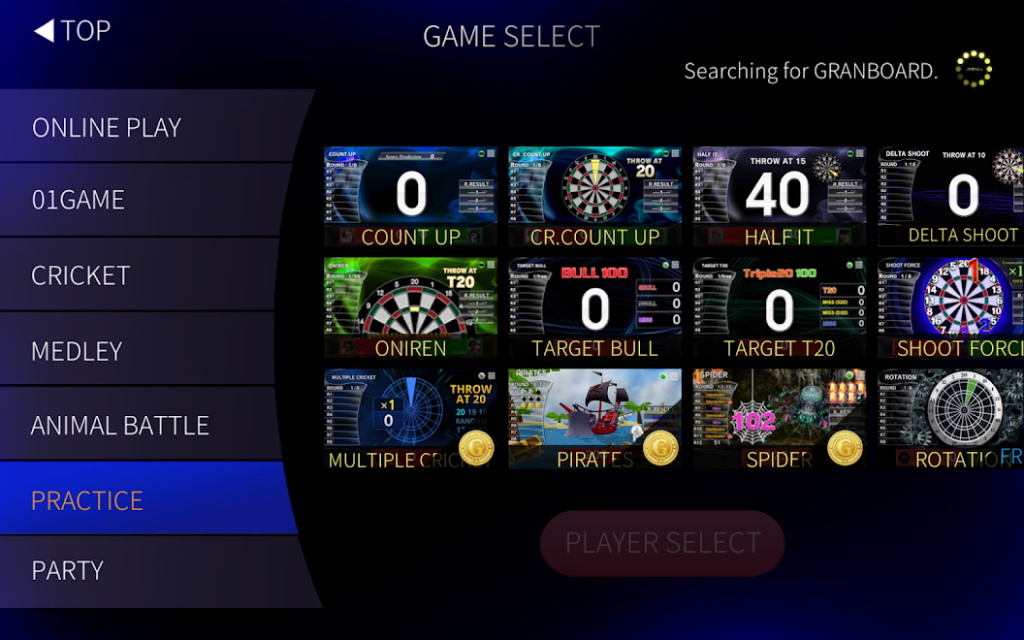 However, to me, this is not enough. I want to know a more than just my one best score. That’s where the record keeping comes in and for me the enjoyment of practicing.

Personal best: 24 darts (disappointed I don’t have a perfect 18-dart game of this yet)

This one doesn’t even need the app. I count how many darts it takes me to throw five bulls and five three-in-a-beds. In this instance I count three-in-a-bed as being three darts within the one number – single, triple or double but if you wanted to make the game harder you could play it as three singles or even three triples.

The reason I like this is it helps with switching. I will often start off going for bull then if I miss I will go for whichever number I hit to try to get three-in-a-bed on that number but if I miss then I can go back to the bull with my third dart. You just need to keep track in your head of number of darts thrown, number of bulls you’ve hit and number of beds you hit. I repeat it to myself after each throw to help it stick. This is a good warm-up game before you even turn your Gran Board on and obviously works well for steel-tip too. 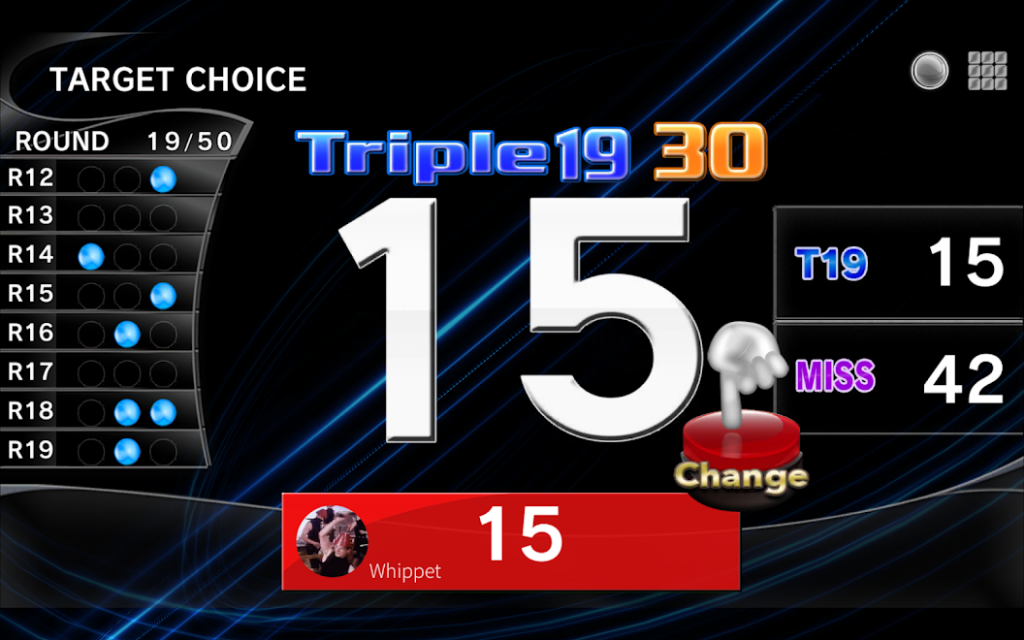 These games you’ll find in the practice section of the Gran Board app. Target Bull and Target T20 are separate games with more stats, and then there’s Target Choice where you can nominate any segment of the board that you will need to hit 30 times inside 50 rounds. They are a good way to have repetitious practice of key segments of the board that you’ll need to hit plenty of when playing 01 or Cricket.

The way I make it more fun is to record in my document how many rounds it took me to complete it. I have my top 10 or so Target Bull games recorded and before I start I will look at what the best score is and what I need to hit to break into the Top 10. It adds real motivation when you’re getting down to the last few targets required and knowing you need to hit them in a certain amount of darts to beat your best.

Personal best: 10 consecutive games in 73 rounds and 1 game in 4 rounds 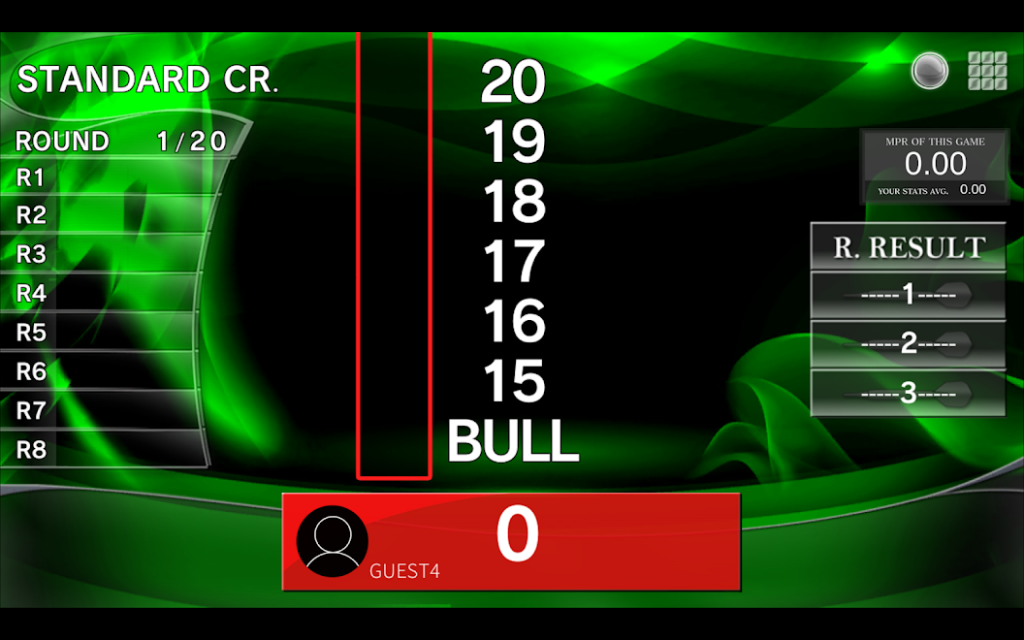 In this I play a solo game of cricket offline and record how many rounds it takes me to close everything out. Points scored is irrelevant, I am just trying to close. The key to enjoying this for me is doing it ten times in a row and recording all ten games. I am aiming to be able to close it out consistently across the ten games without any ‘blow outs’ where it takes me twice as many rounds as usual (these seem to creep in when I am getting tired and I am yet to have ten good games in succession). This helps with concentration and consistency.

I like that I only count this by rounds taken rather than darts thrown as it mirrors the competitiveness of not wanting your opponent to get another shot at the board in the concluding stages. Also, I always play this using a guest account as I don’t want it to count towards my Gran Board rating (I prefer to keep that as an indication of my competitive matches).

Personal Best: 10 consecutive games in 40 rounds and 1 game in 2 rounds 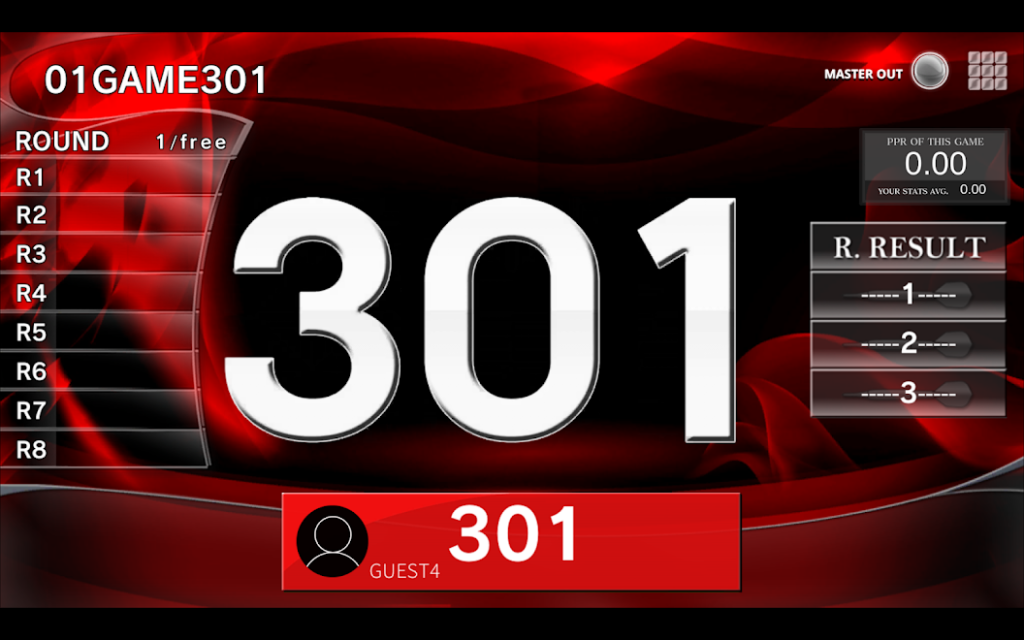 In this I record how many rounds it took to finish a solo game offline of 301 master out and do this ten times in a row. It’s really helpful with practicing your finishing and concentrating on leaving yourself a bull to check out. I find if I go past the 50 remaining (or miss my bull finish) that’s when I am more likely to get blow outs and ruin my overall score so make that one shot at the bull count!

Once again I use a guest account to play this. Like Cricket, you’ll need to be watching carefully for how many rounds it took you as once you finish the game the app will display your 80% average but not the number of rounds it took. Memorise it and record it in your document before you go on to the next game.

Current progress: 701 vs seal with seal going first (it usually beats me) / Cricket vs gorilla with me going first (I hardly ever win) 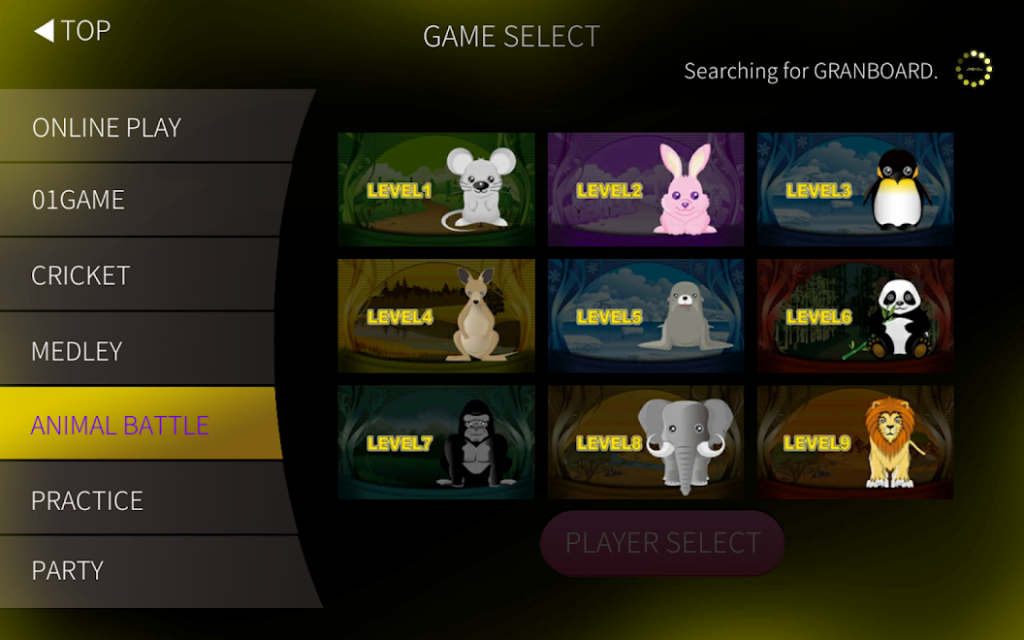 The animals give you the option to play 701, 501 or Cricket against them and choose who goes first. The handy part here is the app records the running tally of how many wins you’ve each had in each game. I use this tally and aim to beat the animal 100 times before it beats me 100 times (yes, it take a bloody long time)! I don’t move on to the next animal until I have beaten it 100 times going first (before it wins 100) and then 100 times going second (before it wins 100). I also force myself to master out in 701 whereas the animal doesn’t have to (you really should be able to turn that option on).

This one is really freakin’ frustrating. Adding to the frustration is once I have started, I don’t let myself play anything else until I have at least beaten the animal once. So sometimes they chalk up 10 or more wins before I finally win one and go on to something else. I don’t necessarily recommend doing it this way but that’s my routine I’m stuck with! This one I do use my real account with and it does count towards your Gran Board rating for online. 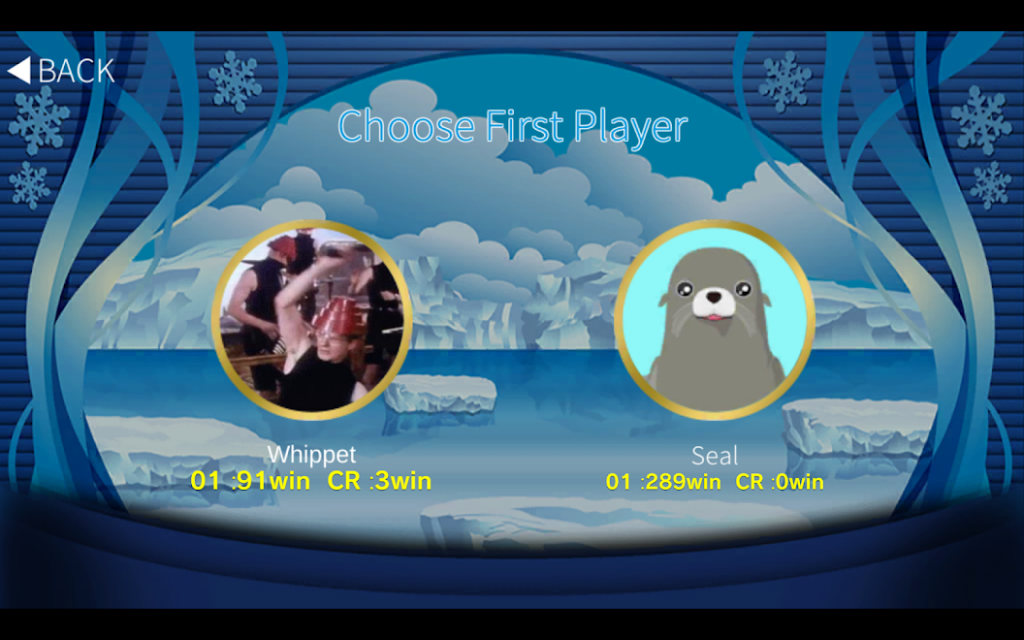 I’ve had a couple people ask me why there’s no footy on the Gran Board. I tell them probably because the game is so basic and not that helpful for real competitive darts. Also because it’s probably uniquely Australian and Gran Board is Japanese! But the truth is I did enjoy warming up with footy and recording scores when I had my steel-tip board.

Footy is played over four rounds to simulate the four quarters of an AFL match. In the first round (quarter) the ‘goals’ is the 6 and the ‘behinds’ is the adjoining 13 and 10. Then in the second round the 3 becomes the ‘goals’ with 19 and 17 as behinds, then 11 is the third round goals and 20 is the fourth round goals. Triples and doubles also count for 3 goals or 2 goals.

When I was starting out, I set myself a target of making sure I hit 6.6 (6 goals, 6 behinds) or better each time I threw. Then I would record how many times I would go 6.6 or better and how many times I would go under. Over a few weeks I would throw 100 games and see how many overs and how many unders I got. Then try to beat that over the next few weeks. The important part of this is setting a competitive target for yourself. 6.6 worked for me then but as I improved it became too easy and would therefore need to reset the target. It should be something you can get to around 50% of the time.

When I embraced the concept of what I called ‘Yes/No’ games, it really opened up a whole new world of practicing for me. I would choose a small feat that I wanted to achieve on the board in a limited number of darts then record how many times I did do it (yes) or didn’t (no). For example, I would set myself to peg out 50 (finishing on a double) within 6 darts. If I achieve it, that’s a yes, if I don’t that’s a no. Do that ten times in a row. Record how many yes’s and how many no’s. When you’ve done it 100 times – across a few different practice sessions – you’ve got a score of yes’s to beat for next time. Set it to suit your level so you can’t do it every time but you can at least do it a few times within ten attempts. It’s a great way to see how much you’re improving.

This works better as a competitive game with mates but I used to record my best scores as well as play ten consecutive games to get an average score over ten games to try to beat as well. It is played by aiming at a particular number (representing a golf hole) for three darts however you can stop throwing after one, two or three darts, it’s up to you. The final dart you throw is the only one that counts for your score so if you choose to throw your third dart, that one has to count.

When I was starting out I used to use two numbers combined as the ‘hole’ so that it was easier to get a decent score going. For example, I would start with 20 and 1 combined, then move on to 18 and 4 combined etc. You might choose to go for the hole in one (double) with your first two darts then go for the triple with your final dart so if you miss you are less likely to walk off the green with a 5!

That’s it for now, happy practicing!