When you think of the best parts of soft-tip darts, the ‘cork’ part has probably never been high on anyone’s list. But two keen soft-tip darts players from Adelaide changed that recently when they threw an eight-dart cork that featured six darts all in the bull at once!

Playing in the SA Cup (Stage 3) event at iDarts in Adelaide’s city centre, Nick Stokoe and Kingsley Lo began with the usual cork process to see who gets to go first in the opening 701 match. 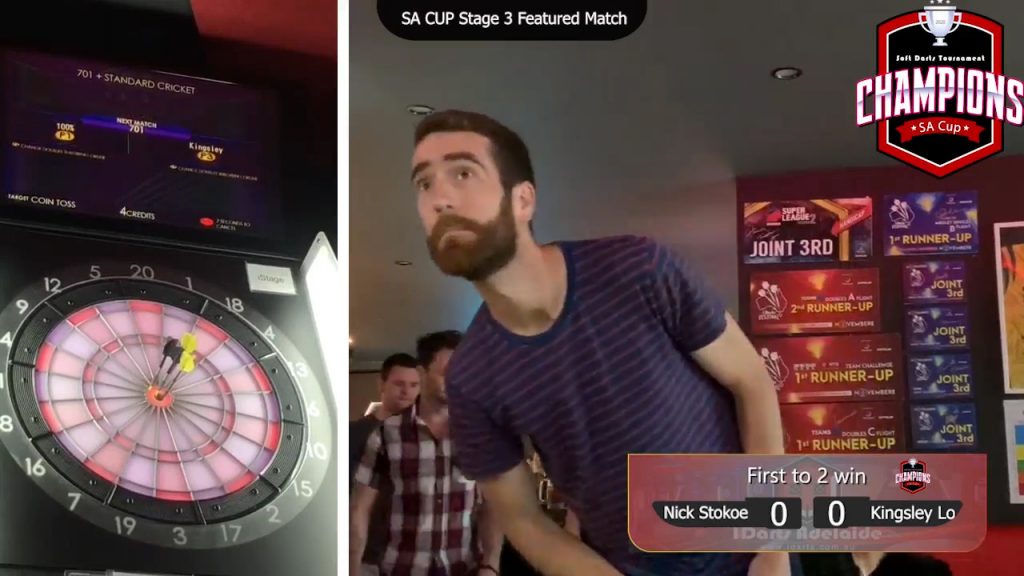 Nick checking if another dart is equal in cork

The rules are that each player throws one dart at the bull and the closest to the centre of the bull goes first.

On a soft-tip dart board, the holes that the darts can land in within the bull are in perfect circles. There are four circles in the outer bull and two circles in the centre bull with another single hole in the absolute centre.

Therefore, if both players throw a bull, one player can still win cork if they have landed within one of the circles that is closer to the absolute centre.

However, on this remarkable occasion, both Kingsley and Nick were able to throw three darts each that landed within the bull, the same distance away from the centre each time.

It meant that they had to remove all six darts from the bull and start the process again!

Watch the video above as the crowd around them becomes more and more amazed as the cork process continues into its fourth round!

The three-leg medley was almost as exciting as the cork with Nick nailing a 117 check-out to win 2-1 with Kingsley left on an 88 finish. 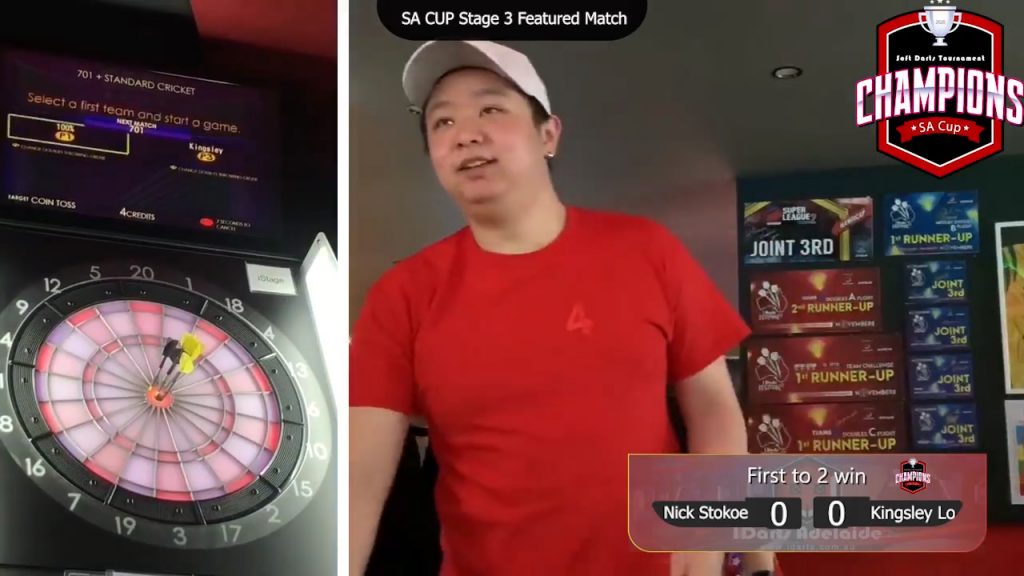 Bandit from No Bull Darts has redeemed himself from a controversial disqualification earlier in the year by taking out the BC-division of Stage 2 of the SA Cup at iDarts Adelaide during June. After the Read more…