I got some good news recently that has now been announced officially – I am a Dartslive Support Player for 2022.

According to the Dartslive website, a Dartslive Support Player is someone who is a “model player, representative, and a speaker who is passionate at communicating and sharing the joy of DARTSLIVE service and darts culture”.

That means I am an ambassador of Dartslive, who are the makers of the brilliant (not just saying that) soft-tip darts machines you will find in darts bars like i Darts in Adelaide, i Pong in Brisbane, i Darts Hive in Melbourne and i Darts Nix in Perth (as well as thousands of venues throughout Asia).

This year, 28 people have been given the honour of the Dartslive Support Player (or DSP for short), including four from Australia. They are Penny Lam, Eddy Chuah, Yikai Chua, and myself, Daniel Bryant.

It was a huge shock to be asked whether I would like to be a DSP for this year. My Dartslive rating is 12, which is solid enough but it’s a long way off the best players, even here in Adelaide, so initially it didn’t make a lot of sense why I was being asked.

Steve Letts retired last year after being a DSP in Adelaide for as long as I’ve been throwing. His rating was consistently 15+ and he has had success competing against the best players all over the world.

I am quite sure that I am never going to match that.

But what I can do is tell everyone how much I love throwing soft-tip darts and how hooked I got the first time I threw on a Dartslive machine. I was actually recovering from cancer when I first walked into i Darts in Adelaide. I had time on my hands but was limited in what I could do physically due to chemo and a bunch of operations. But throwing darts I could manage OK and when the board lit up like a Christmas tree, then started making all those sound effects, I was mesmerised. When I found out it could record all my stats and give me averages and a rating, I was hooked. It was just what I needed after a two-year battle with cancer.

Since then darts has taken over as my passion in life. I had my 40th birthday party at i Darts where 60 of us got to throw darts and drink as much as we wanted for four hours. I took my Dartslive rating from 5 to 12 in two years and I finished third in last year’s SA Cup event. Most significantly (and no doubt a huge reason why I was chosen as a DSP), three of my best mates and I started No Bull Darts, where we talk darts through our website and social media, and sell Gran Boards (the home versions of the online soft-tip dartboards). 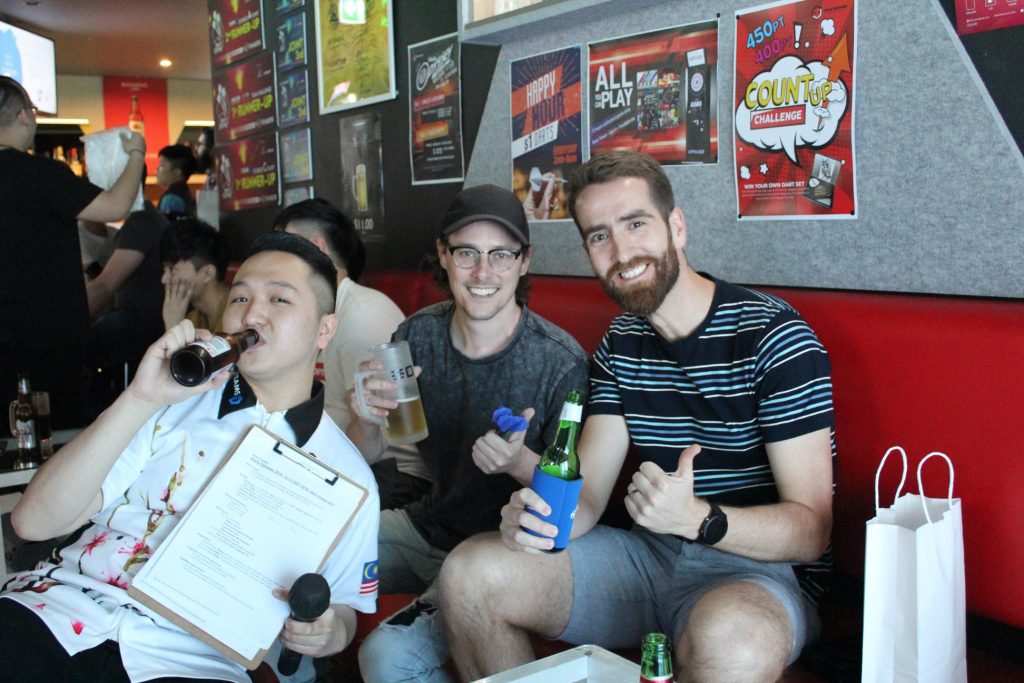 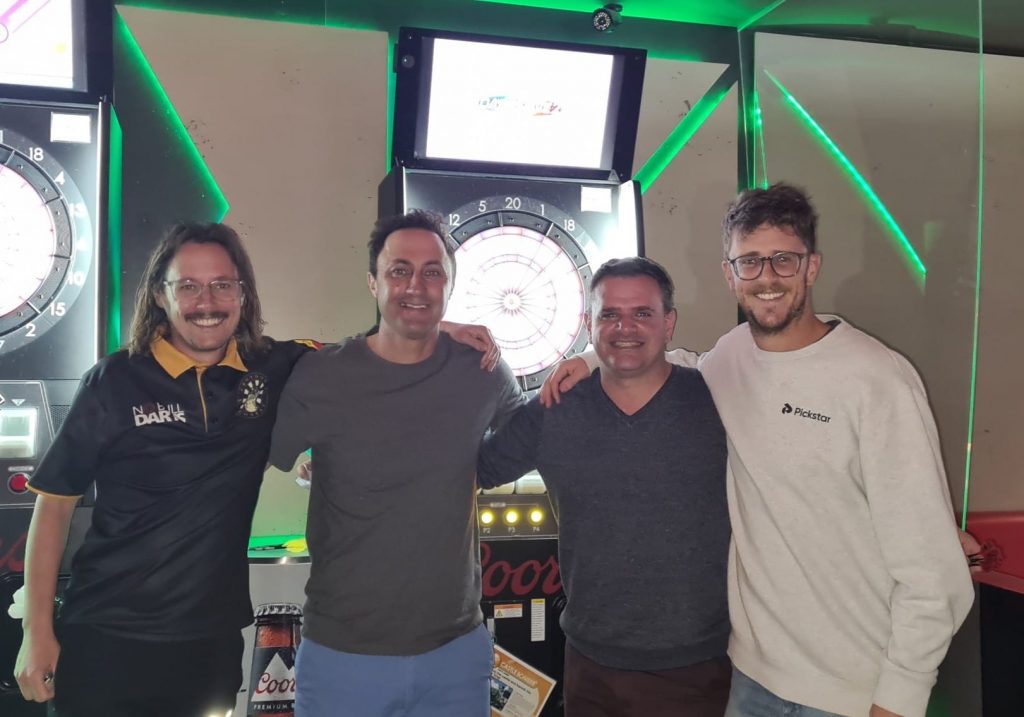 Whippet, Trip, Bandit and Fuss at iDarts recently for The Trio

What do I get in return for being a DSP?

I’ll tell you. I get some credit to play on Dartslive machines, a Dartslive Support Player shirt, and my own customised theme for the Dartslive machines with my photo and name (which of course I will pretend to be highly embarrassed by whenever anyone sees me throwing at a machine with my face on it).

I have also heard talk of Dartslive Support Players being invited to play at big Dartslive events overseas. However a little thing called a global pandemic is likely to put a stop to that unfortunately.

With this news now out there, I’ll start being more active on my own social media – Facebook and Instagram – about my darts adventures. So give me a follow and feel free to say hey any time, particularly if you want to talk darts.

PS I promise that’s the only time I will sign off with DSP after my name!